In 2021 on September 14th, Apple unveiled its new range of iPhone smartphones. In it, it became clear that the models would continue to be numbered consecutively, and the 13th series was announced. It includes the iPhone 13, 13 Mini, Apple iPhone 13 Pro and 13 Pro Max models. In this post, we'll take a closer look at the features and key features of the iPhone 13 Pro.

iPhone 13 Pro and 13 Pro Max are the higher renditions of Apple's 13 series, their frames are significantly stronger and resistant to corrosion and abrasion with a surgical grade stainless steel frame. Both models have multiple layers of nanometer metallic ceramics applied to the surface of the matte back cover. Thanks to the coatings, a matte finish is obtained that does not leave marks, as with the older glossy back panels. The rear cameras also have stainless steel bezels and the cameras are covered by sapphire glass.

The front glass is also protected by a ceramic coating, and the new display contributes 20% more viewing area compared to the previous series.

The iPhone 13 Pro measures 146.7 x 71.5 x 7.7 millimeters and is almost identical to its 12-series predecessor. However, there is one noticeable difference and that is in the depth or thickness of the phone. The 13 Pro is 0.3mm thicker, and while it's not noticeable at first glance, when you try to apply a protective back from the older model, it doesn't fit the new one. Unfortunately, due to the smaller display notch, the same applies to the protectors. So, unfortunately, accessories for the 12th and 13th series are NOT compatible with each other.

iPhone 13 Pro and 13 Pro Max are available in 5 elegant flowers, and in this new series we also have two new color ranges: 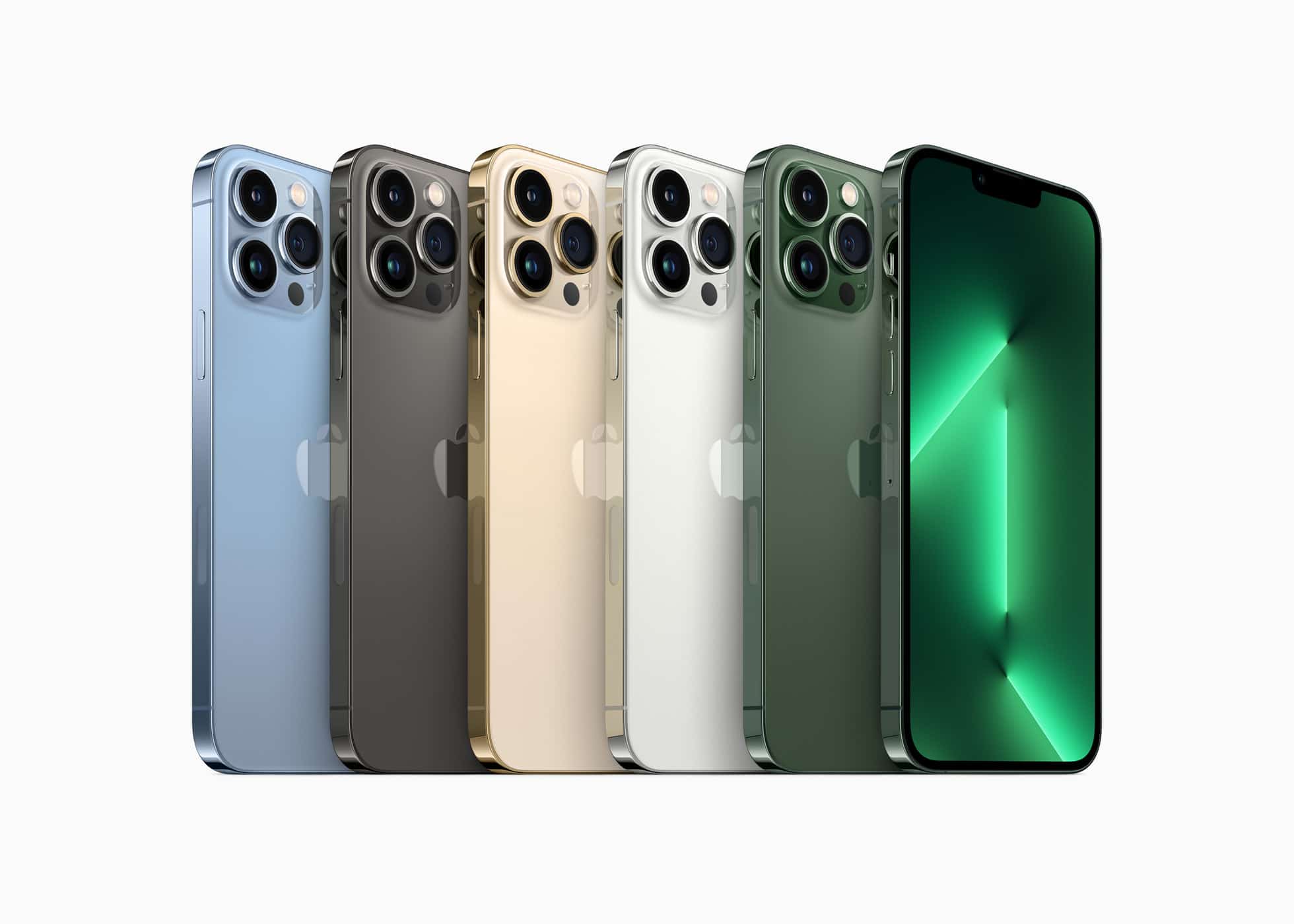 The model is equipped with a completely new Super Retina XDR display, which reaches up to 1200 nits brightness in HDR mode. The display also supports HRD10 and Dolby Vision.

It is 6.1 inches with a resolution of 1170 x 2532 pixels and 460 ppi (pixels per inch). What is new about the display is its refresh rate, while previous iPhones supported the standard refresh rate of up to 60 hertz, the Apple iPhone 13 Pro display supports up to 120Hz.

The notch (notch) in the new display is 20% smaller than the previous generation of Apple smartphones. It is located at the top of the display, where the proximity sensor, the front camera and the True Depth system, which serves to unlock with Face ID, are located.

To reduce the size of the night, the True Depth camera has been completely redesigned to occupy a smaller area.

All models of the 13 series, including the iPhone 13 Pro, have Apple's most powerful smartphone processor of its time. This is the 64-bit chipset - the Apple A15 Bionic, which is a hexa-core. Two fast Avalanche cores with a speed of up to 3.23 GHz for a pleasant experience during more demanding processes, such as watching 4K videos or playing games. The other four cores are "Blizzard", your phone uses them most often, their speed reaches 1.82 GHz and their purpose is to keep the charge in the battery for as long as possible. In light processes, such as reading or talking on the phone, it uses these four economical cores.

Apple says the cores are faster than their previous processor and are supported by a new graphics processing unit (GPU), a higher-performance neural engine for AI (artificial intelligence) and machine learning tasks, as well as a new processor for the images, which serves the software tasks hidden behind the capture of each and every picture.

Designing its own chips gives Apple several advantages. Apple can set its own priorities in features and release timing. It can better integrate its own software. And more generally, it can better determine its own destiny. In this processor we again find support for a 5G network.

The iPhone 13 Pro again, as in the previous series, does NOT offer an option with 64GB of internal memory. The model comes with 6GB of RAM and four internal storage options:

The front camera is the same across all 13 series models and offers identical specifications as the 12 series. It is wide (wide) 12-megapixel and has a lens with a fixed focus and an aperture of f/2.2. On the front, we also have a 3D sensor that serves for Face ID (facial recognition) and helps with selfies in portrait mode.

iPhone 13 Pro has three rear cameras on its back - with a wide, super wide and telephoto camera. The wide-angle camera is 26mm equivalent and has an f/1.5 aperture, while the ultra-wide camera is an improvement over the iPhone 12 Pro model and now features an f/1.8 aperture (remaining at 13mm equivalent). The telephoto lens is also longer than its predecessor, now a 3x optical (zoom) with f/2.8 aperture. Apple is always reluctant to reveal the exact size specifications of its sensors, but claims that the new models have larger sensors than the predecessor.

- What is Cinematic mode?

The iPhone 13 Pro's video autofocus has good tracking capabilities and refocuses smoothly when the picture changes. This can also be seen in Apple's new Cinematic Mode, which automatically switches focus between foreground and background objects based on the content of the scene.

(photo with characteristics of rear cameras in iPhone 13 Pro)

The model has a larger capacity than its predecessor. Compared to the previous PRO model, the battery here has 11% more capacity and lasts approximately an hour and a half longer.

The Apple iPhone 13 Pro battery has a capacity of 3095 mAh (milliamps). Thanks to the continuous efforts in the software development of the iOS operating system, the 13 series phones have much better performance while at the same time having less battery consumption.

(photo of iPhone 13 Pro Sierra Blue, the text in translation - "An hour and a half more than iPhone 12 Pro", the clarification applies to the battery of 13 Pro. Source - AnandTech)

This technology allows you to shoot in the best possible mode with the best options available. The quality is unique, but at the expense of it, the file sizes are much larger than usual.

Apple guessed that users would regularly use this function and therefore made slight restrictions:

- On the model with 128GB of internal memory: ProRes captures video with settings up to 1080p HD at 30 frames per second. For one minute of 1080p 30fps video, it can reach approximately 1GB file size.

- On the other 256GB, 512GB and 1TB internal memory models: ProRes can shoot video up to 4K at 30 frames per second. For one minute of 4K 30fps video, it can reach approximately 6 to 8GB file size.

Macro photos are close-up photos, on most older smartphones, when the rear camera gets close to an object - at some point it starts to lose focus and blur the image.

The macro function allows the capture of this type of photo, specifically in this case, the photos can be up to 2 cm away from the subject in focus.

- How does Sensor Shift OIS work? 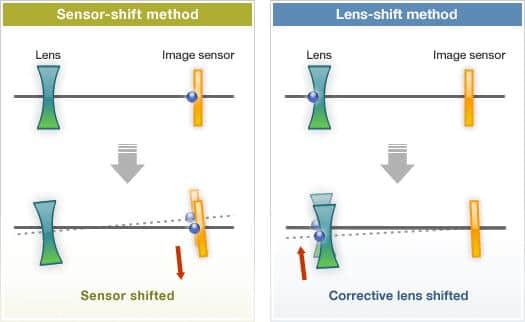 iPhone 13 Pro includes Photographic Styles - preset filters. Each style appears in real-time, allowing you to find the right lighting option and color balance to match the artistic look you're after. From vivid to high contrast, these modes offer new ways to take photos without applying filters after the fact. They work on both the front and rear cameras. Above is a gallery of the default mode and the four options you get out of the box - you can customize them to your liking later.

Technology that controls display refresh for longer battery life. ProMotion controls the display from 10Hz to 120Hz refresh and it all happens in less than a second.

LiDAR sensors are found in the Pro models of Apple iPhone 12 and iPhone 13. The sensor is a type of ToF sensor. LiDAR sensors are popular in self-driving cars and aerial mapping technologies. The LiDAR sensor emits multiple signals that strike the object and return to the sensor. The time it takes the signals to bounce is then measured and depth mapping capabilities are provided. The sensor is useful for providing better focus in low light and also supports virtual reality applications. 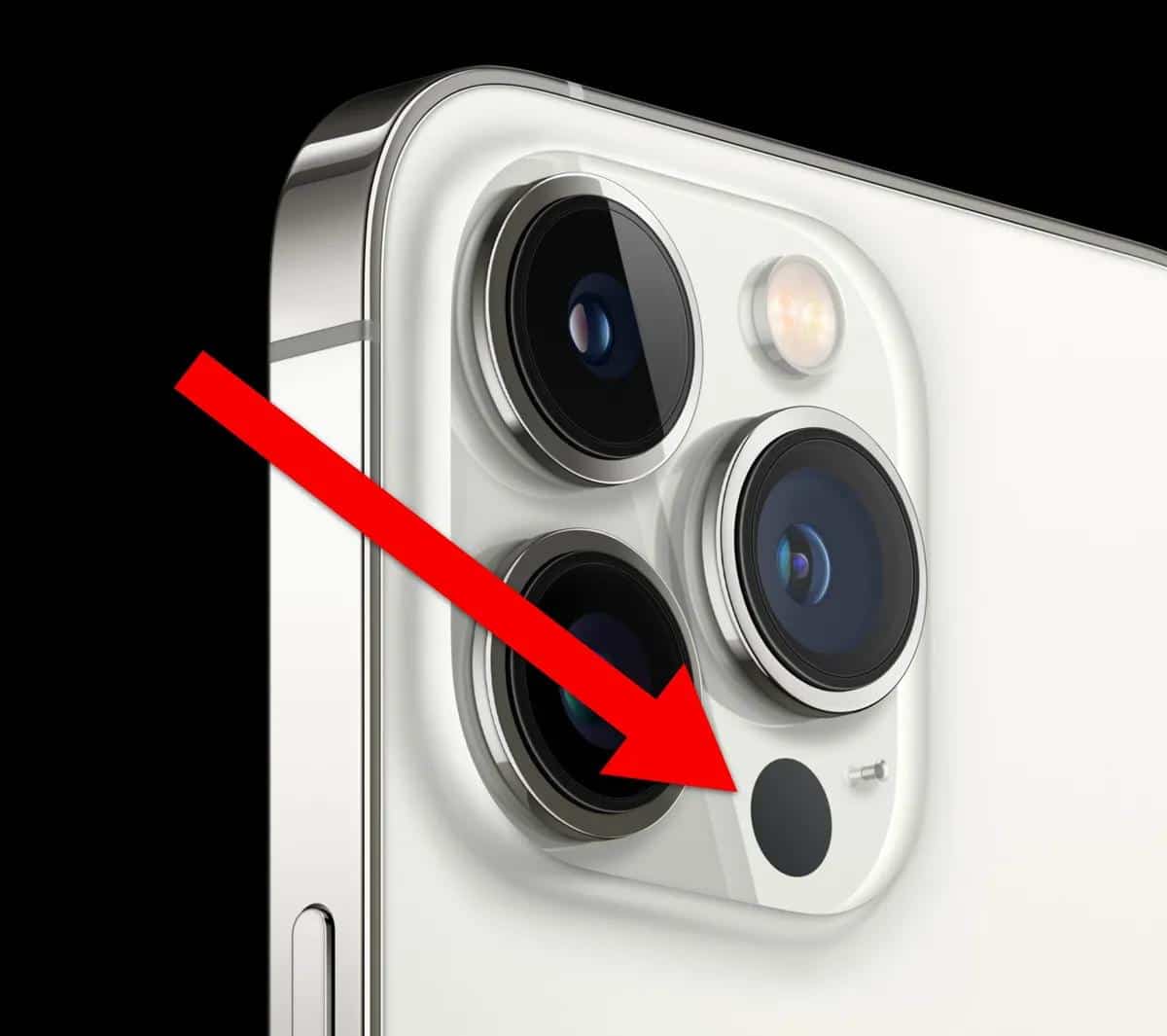 (Photo of the three rear cameras of the iPhone 13 Pro, the arrow points to the TOF sensor)

Where can I buy the iPhone 13 Pro

Restore.bg is an online store established in the sale of second-hand and demo phones. All offered devices are tested by a team of professionals who guarantee the functionality and quality of the devices. We offer a 24-month warranty and fast repair in official workshops. The offered phones are at a more advantageous and affordable price than the regular ones. There is an option to take out a lease with no down payment. When buying online from Restore.bg, you get fast delivery with an examination and test for BGN 10 and the right of return within 14 days.