Apple announced its new smartphone models on September 22, 2017. Not surprisingly, they are called "iPhone 8" and "iPhone 8 Plus" to stay in line with previous models.

In the post, we will focus mainly on the new iPhone 8 and 8 Plus parts. These two models look a lot like their predecessors, the iPhone 7 and iPhone 7 Plus ... but they seem to have gone through a magic stone with a much more efficient processor and a more beautiful look.

As for the novelties, internally they are not small compared to the previous series. This is a version that contains improvements here and there with improvements mainly in features. You'd think the iPhone 7 should have come out that way.

However, compared to their competitors, these smartphones remain among the best of the 5-inch models. In addition, some users prefer it to the iPhone X for two reasons, it is more economical and has no notch on the display.

iPhone 8 and its features

The iPhone 8 uses exactly the same dimensions and vision as the model from the previous seventh series. It has a 4.7-inch LCD screen with IPS HD panel (1334 x 750 pixels). For the big brother, the iPhone 8 Plus has a 5.5-inch screen with an IPS FHD panel (1920 x 1080 pixels). However, the new models have improved the display and have a new "True Tone" function that adapts the color gamut to the light environment.

At the heart of the device is the A11 Bionic, a more powerful processor for better augmented reality and artificial intelligence management. The RAM is 2GB on the iPhone 8 and 3GB on the larger Plus model. The new processor allows very smooth operation of applications.

(picture of the processor Apple A11 Bionic)

The iPhone 8 was originally available with 64GB or 256GB of internal memory. Later, Apple released units with 128GB of memory. The bigger brother gets the same parameters - the Plus model.

The front of the iPhone 8 and 8 Plus has a 7-megapixel FaceTime HD camera for selfies and FaceTime calls. The camera includes wide color capture, automatic image stabilization, 1080p HD video recording and Retina Flash, which uses the display.

The iPhone 8 features a more advanced 12-megapixel wide-angle f / 1.8 camera with a larger, faster sensor that lets in 83 percent more light. Other features include a new color filter and deeper pixels for better color saturation, a wider dynamic range of colors and lower noise for photos and videos.

A new image processor designed by Apple introduces faster autofocus in low light, new pixel processing techniques for sharpness and texture. The image processor also detects people, motion, and lighting conditions in a scene to optimize photos before they are taken.

The camera has optical image stabilization, which helps to improve photos in low light and when shooting video.

In addition, the camera supports 4K and allows you to make superb 4K movies and videos to capture moments with family or friends.

IPhone 8 works with 4G LTE networks with a SIM card, and in other conditions, you can connect to wireless internet, the model supports WiFi 5. The smartphone has Wi-Fi 802.11 and supports the standards a / b / g / n / ac (2.4GHz and 5Ghz - "dual-band"). In addition to the listed features, the phone has Bluetooth 5.0, which is twice as fast as the previous 4.2 version. Under the glass back, you'll find NFC (Near-field communication), which can be used with the Apple Pay app, or in other words, to pay contactlessly with your phone instead of a payment card. .

The model has a Touch ID sensor on the display, which is a scanner and fingerprint reader, included in many iPhone models and is well known to fans of the brand.

Touch ID allows you to use your fingerprint to verify your identity on Apple devices that support it. The iPhone 8's fingerprint sensor lets you choose to use Touch ID to unlock your phone faster and pay with Apple Pay.

iPhone 8 and 8 Plus may look a lot like the seventh series models, but the glass body is the main feature. According to Apple, the windshield and rear window are the most durable ever made. Both devices are available in four colors:

Apple uses a seven-layer ink process to add color to the glass, giving the iPhone 8 and 8 Plus rich color depth. The oleophobic coating on the rear window ensures that stains and fingerprints are easily erased.

On the back, the metal back of the seventh series has been replaced with a glass back to allow wireless charging using the QI standard. This glass back has another advantage, the iPhone fits very well in the hand of previous models.

This new glass was developed by engineers from the Cupertino-based company and manufactured by Corning, the company behind Gorilla Glass. The resulting glass on the back is stronger than most of the smartphones on the market.

(picture of wireless charger for smartphones)

The battery is 1821 milliamperes and is enough for a day or two of normal use, but with heavy use or playing games, you may need to charge within half a day. This model allows the use of an 18W charger, with which the battery reaches 50% capacity within 30 minutes. 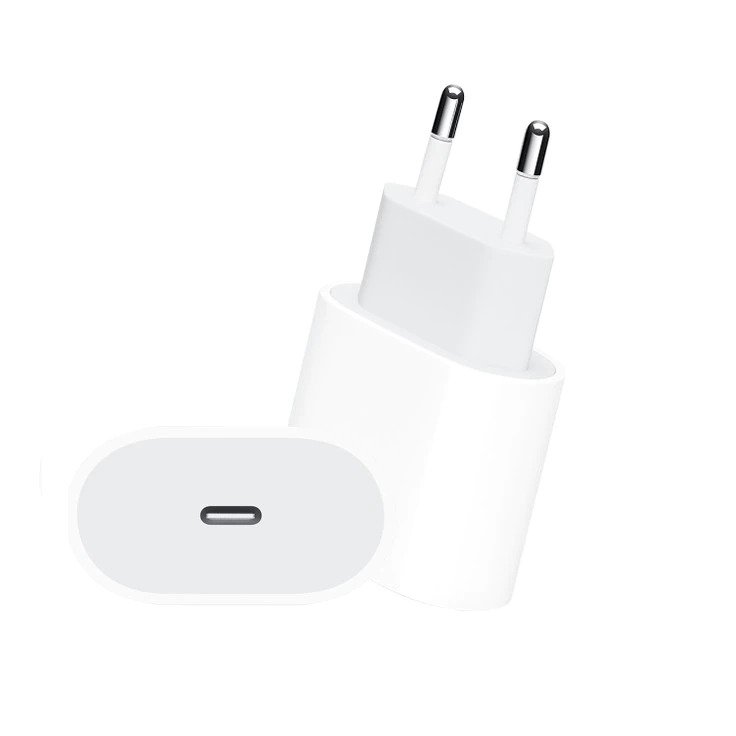 (picture of the quick charge adapter)

Restore.bg is an online store with many years of experience in the trade of new, demonstration and second-hand equipment. In it you will find demo Apple iPhone mobile phones at a very reasonable price. All items have been thoroughly tested for serviceability. The equipment is offered with a long warranty period and the option of payment of installments without down payment. Quality electronics do not have to be expensive, make sure by visiting Restore.bg