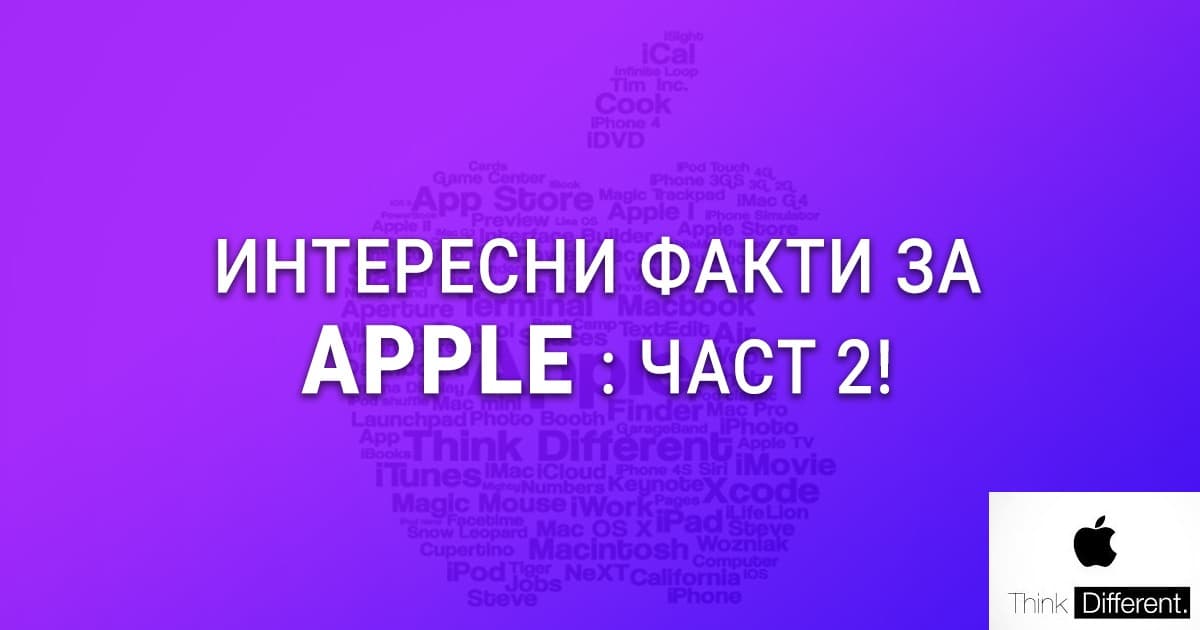 Three facts you might not know about Apple: Part 2

1. The first iPhone didn't have cut, copy and paste functions

In 2007, the first Apple smartphone was released. It was a first in many areas, but most memorably it was the first smartphone with 16GB of internal memory and Gorilla Glass on the display. Most phones at the time had internal memory below 128MB and plastic displays that were easily scratched.

But at the time of its debut, it lacked the key features of cut, copy and paste. A former Apple engineer shares why this feature was missing.

In 2001, Ken Cosienda joined the company as a strategic engineer in the development of Apple devices. He shared that the copy and paste functionality was not added due to not having enough time to integrate it properly.

The reason was that he had so many other things to work on: automatic word correction, virtual keyboard, etc. that he didn't have time to add cut, copy and paste.

The main priority was word correction and text functionality. After the release of the 1st generation iPhone, the team still started the development of this functionality and later it was integrated into the smartphone with a software update.

Cosienda also shares that a text augmentation feature is his suggestion and development.

(Photo of the first Apple iPhone 1st Generation from 2007.)

2. The company was founded by 3 people

And while everyone is familiar with legendary names like Steve Jobs and Steve Wozniak, you've probably never heard of Ronald Wayne, the third founder of Apple.

Wayne has been behind several key things since the company's inception. He drafted the original founding document for the Apple Computer Company.

Ronald Wayne had built the internal company documentation system at the nearly four-year-old Atari (a game console and video game company) when he met with Steve Jobs and Steve Wozniak. To assist them in their classic tough and heated discussions about the future of the computer industry, Wayne invited the two to his home to help and advise. In the ensuing several hours of conversation about technology and business, Jobs proposed the creation of a computer company run by himself and Wozniak. The two will each own a 45% stake, and Wayne will have a 10% stake to act as a referee in their decisions. Like a more mature 41 year old at this point. Wayne agreed and wrote a partnership agreement. So the three founded the beginning of Apple.

In addition to the founding documents, Ronald Wayne also wrote the manual for their first product, the Apple I computer, and also designed the company's first logo, which depicted Isaac Newton sitting under a tree.

After almost a year, the corporation Apple Computer, Inc. was established. On January 3rd, 1977, but without Wayne. He left and sold his ten percent stake in the company back to Jobs and Wozniak for $800 early on at Apple due to financial concerns. After a year, Wayne received an additional $1,500 to waive any potential future claims from the new company. So he received a total of $2,300.

Had he kept his 10%, it would be worth approximately $35 billion today. (Photo of the 1976 "Newton Plaque," the first Apple logo, designed by Ronald Wayne. It features an image of Isaac Newton sitting under a tree with a book when an apple falls on his head. The image depicts Newton discovering gravity and even includes a quote from a poem by William Wordsworth.)

3. Apple uses parts made by Samsung and other companies

From 2015 to 2018, Samsung and TSMC (Taiwan Semiconductor Manufacturing Company) produced the Apple A9 processor used in the iPhone 6S and iPhone 6S Plus.

The new generation Apple M1 and Apple M2 flagship processors that Apple uses in its laptops, such as the Macbook Pro, are also manufactured by TSMC. (Photo from the visit of the CEO of Apple, Tim Cook to the production line of the company Luxshare Precision, which is currently assembling the wireless headphones Apple Airpods.)

Other interesting facts about Apple

1. The first iPhone was the iPad;

2. The first iPhone was not Apple's;

3. Siri was not created by Apple.

You can read more about these facts in "Three Facts You Might Not Know About Apple" : Part 1 or click here.